When I started Newton Paisley in September 2016 I was really excited about ‘Made in Britain’.  Doing all of the printing and the weaving for my products here in the UK felt like just the right thing to do. I was concerned about sustainability, loved buying local and I had visited fabric shops all over Europe where nearly all of the fabric they had was made in China. I knew that the proud traditions of textile manufacture had been nearly wiped out by the systematic poaching of technology and experts and the ability to undercut in price – I wanted to do what I could to push against that.

But as I learned more about linen, the more I realised that “local”, at least to me in Kent, England, actually crossed national borders…

Newton Paisley is based in Whitstable in Kent. In 2 hours we can be in London, or we can be in northern France or Belgium. Early in my explorations of setting up this business, I began learning about linen, a textile I had always loved. I discovered that though it only makes up 1% of the global textile market, 85% of the world’s fine linen comes from Europe.  I realised across the Channel from me was the real linen heartland, a unique band of coastal land, stretching from southern Normandy through Belgium around to Amsterdam, with the perfect cool damp climate and ideal soils to grow the finest flax in the world.

I sketched out a map to show you the basic local geography of my business these days. I also make wallpaper (printed in the UK), but on the printed linen side, production reaches across the Channel. The flax, the plant from which linen is made, is grown in the green band, that “linen heartland”, where it is then harvested, retted, scutched, and combed. Learn more from the excellent website of the The European Confederation of Flax and Hemp (CELC). Then the fibres are  spun into thread in Europe (often in Italy) and then woven into the cloth I print on, in several independent mills in France, Belgium, Scotland and Northern England. My printing and finishing is all done in the UK.

As you can see, several essential stages of this process are closer to me across the Channel than in the UK.

(By the way, it is true that flax can be grown in the UK though it is a very minor crop here. Lovely Francesca Baur is doing a lovely project called Kent Cloth in which she is encouraging people to grow and dye and work with linen here.) 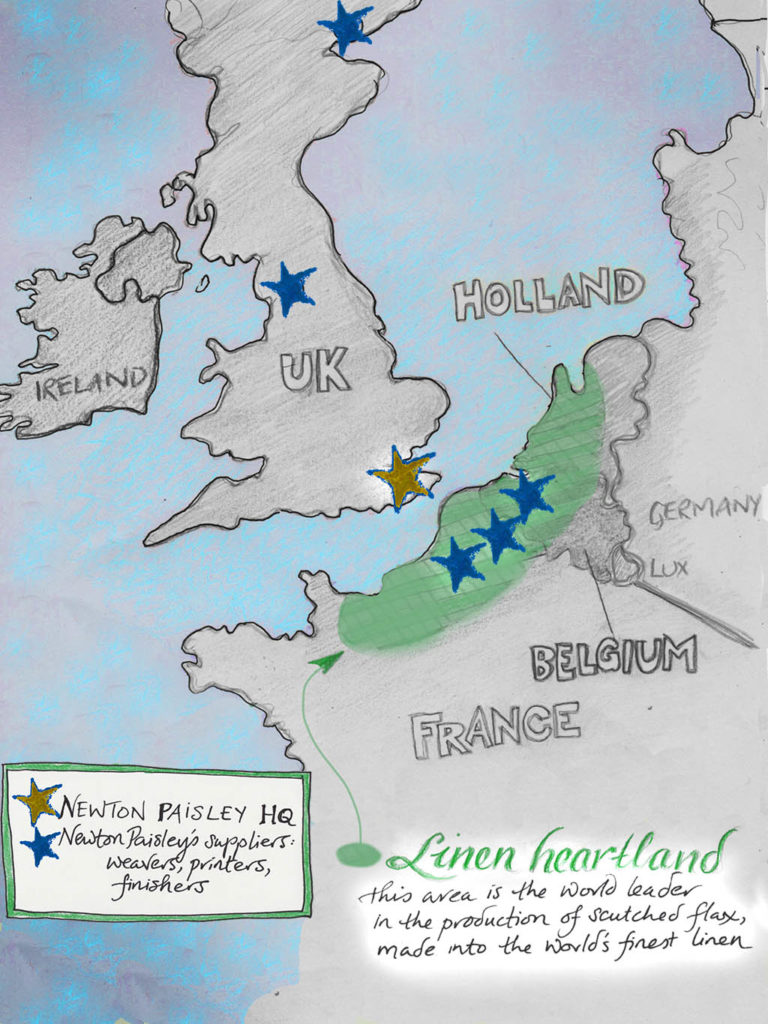 Four years ago, when starting Newton Paisley was just a tender bud of an idea, I took a train to Lille and went to visit Lemaitre Demeestere, founded in 1835. It is one of the oldest extant textile companies in France and the only one to work exclusively with flax fibres that are entirely processed in Europe. Olivier Ducatillion is the owner and was an extremely charming host to me with his excellent English before I spoke any French. This lovely very short (90 second) film I found was made in their factory. Turn up the sound.

I had never seen industrial production before and wasn’t at all prepared for how beautiful and moving it was. Every person and every machine working finely in tune with each other. There was even a cat, equally committed to his essential mousing patrols. Olivier is passionate about the natural environment and showed me his own personal experiments in the natural dying of his linens. It was in summer and the train back travelled through farmland growing flax with its beautiful blue flowers… sigh…

It isn’t an exaggeration to say that day really changed my life. I decided I had to work with this noble, natural, ancient product and print my designs on it all about the wild species I love. The tender bud of an idea for Newton Paisley sprouted leaves and flowers that day in northern France. 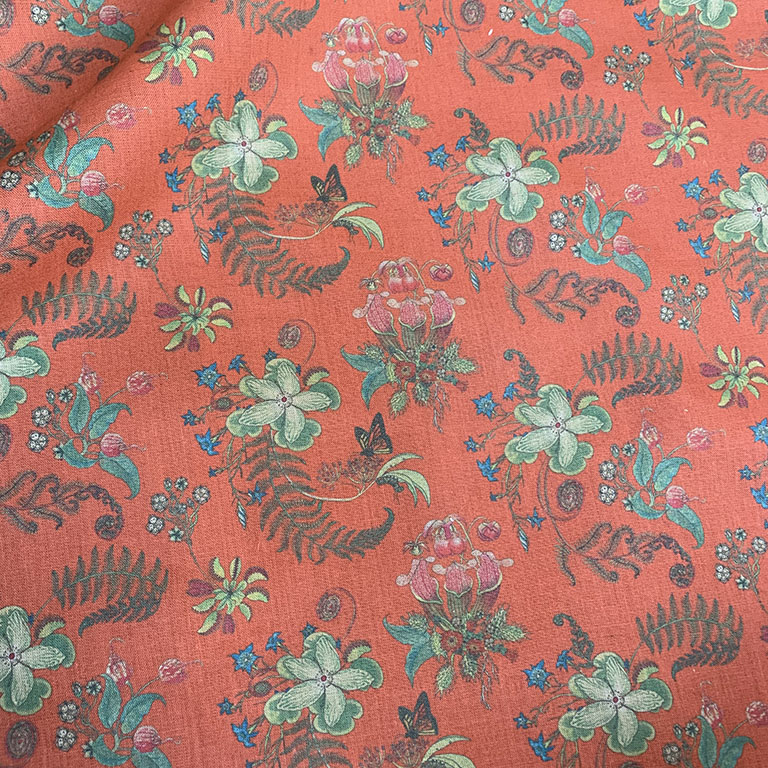 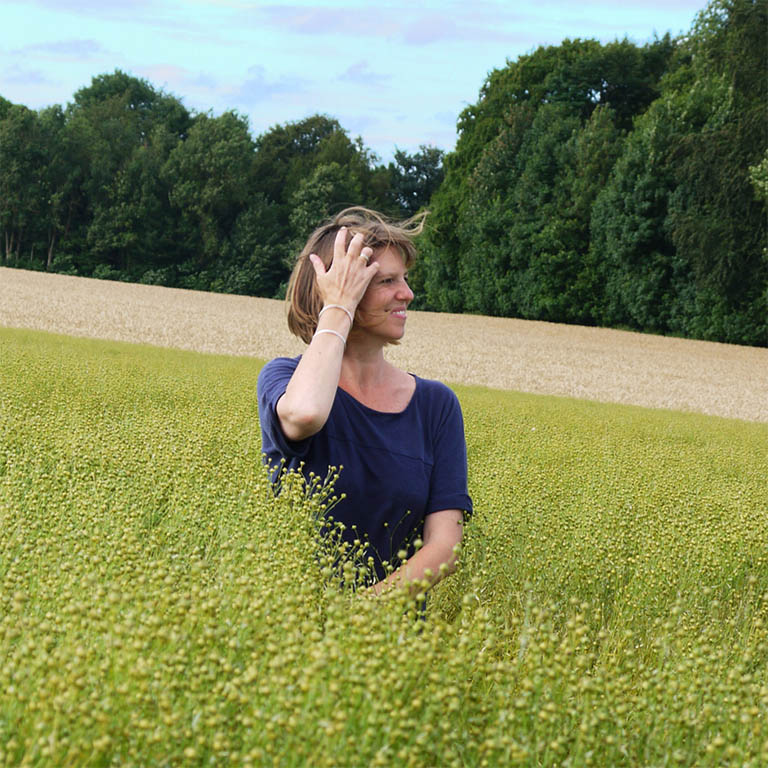 Susy Paisley in a field of flax in northern France 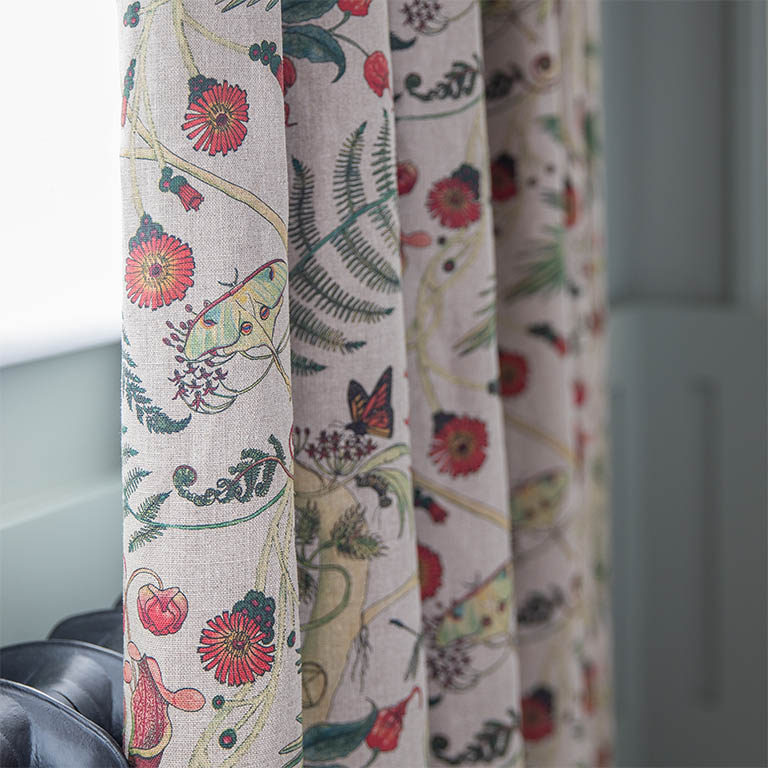 One day soon I will write more about the environmental benefits of this fibre and its incredible European cultural heritage. But today is March 29, 2019,  the day the UK was scheduled to be leaving the European Union. Today I mainly wanted to say how much being European means to me personally and to this business.

Newton Paisley benefits greatly from the working relationships we have with our local French and Belgian suppliers and European clients. This whole industry depends completely on European collaboration. At this moment of advancing nationalism, protectionism and isolationism, I just wanted to set down in words how important close ties with Europe are to me and my small independent business. For me, caring as I do about issues like nature conservation, world peace, and human rights (and also being a linen nerd), European unity means the world.

By the way, if you want to geek out on linen, this is another lovely film. If you’ve never seen it, it’s a joy. It is 15 mins long but really worth watching.